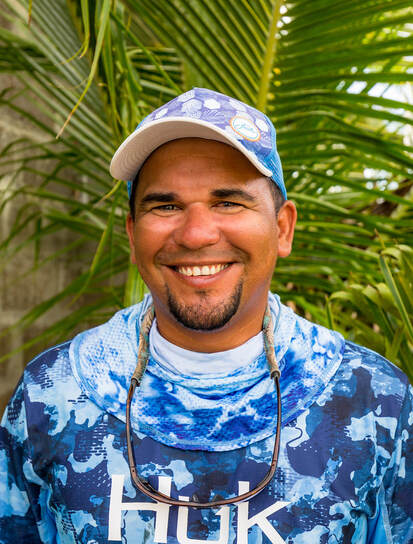 Kendell Powery is a fly fishing guide at Fly Fish Guanaja, in Honduras. He has been guiding for the past five years and he is on top of his game. He lives in Mangrove Bight with his wife, and his brother and parents close by. His favorite species of fish to chase is permit; he loves the challenge that comes with chasing this fish.  Fish for Change has impacted his life by giving him the opportunity to teach the next generation of anglers.

Kendell loves being a guide. As a guide, he is able to work with his younger brother, Kevin and they get to share in the passion of this career together. He loves being able to meet other people from all over the world through guiding.  He loves all of the conversations he has with people on his boat and the relationships that come from those conversations between chasing fish. It can be a challenge to figure out where the fish are, but it is also a competition.  He is constantly competing with himself to find more fish and be a more efficient guide. Kendell loves the opportunity to learn more and more every single day.

​Kendell's hope is that everyone who visits the island of Guanaja feels loved, “It’s all about teamwork, we are all in this together".