Journey Of Water
By Tom Enderlin 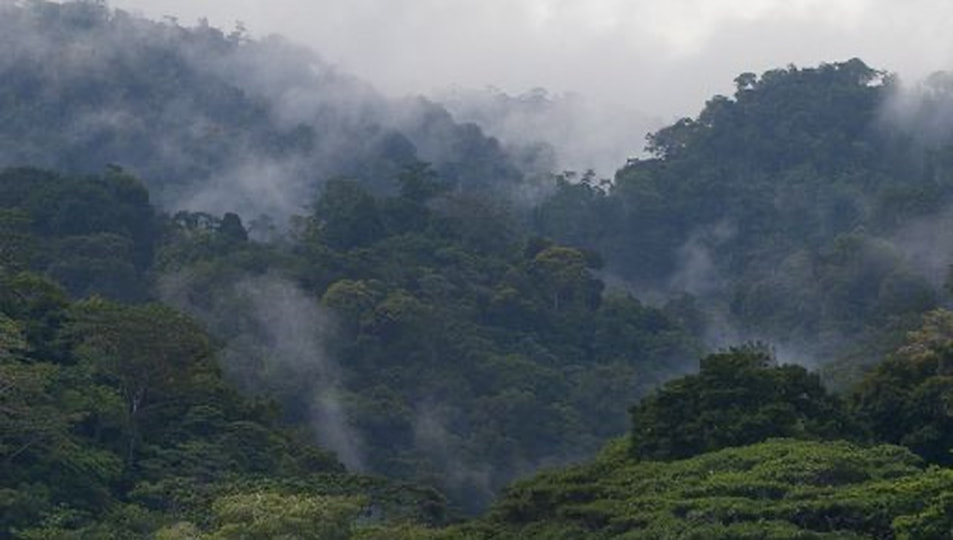 Photo: Tom Enderlin.
Fly anglers all gravitate to water. It binds us to­gether as a loose collective of misfits young and old, connects us to people from different walks of life, and enthralls us into adventuring to re­mote places. And in a country like Costa Rica, water (or more specifically, fishable bodies of water) heralds a diversity akin to the lush jungles that coat just about every square inch of this small Central American land.

With this in mind, we kicked off our Fish for Change debut with a pilot program intent on explor­ing some of this angling diversity. The combination of rainbow trout in the cloud forest and lowland tropical species like machaca and tarpon sounded dreamy, but the program couldn't be limited to fishing. In order to spark thought and conversation, we would use a combination of water-related philosophies, personal reflections derived from many years spent ponder­ing the things seen and unseen on this great watery planet, and physical outdoor activities to create a gen­uine, transformative experience. For lack of a better name, program co-creator Kevin Jackson and I called it, "The Journey of Water". Together, we hoped to find ways to look at water differently, to learn from water in its many forms, and to let these experiences make shifts in all of our lives upon completion. Seemed easy enough.

​What we didn't realize was that one of our most treasured quotes would soon become a metaphor of the trip itself. We would rise to the highest highs, but our perfectly planned tour would also be distorted by an array of unforeseen acts of nature, including several earthquakes, a volcanic eruption, and a massive trop­ical storm system that would cripple the country. So as I reflect on this dichotomous first Fish for Change experience, there seems to be no better way to under­stand the realities of water than by viewing it through the four important lessons that it teaches us, as per great thinker Yung Pueblo. 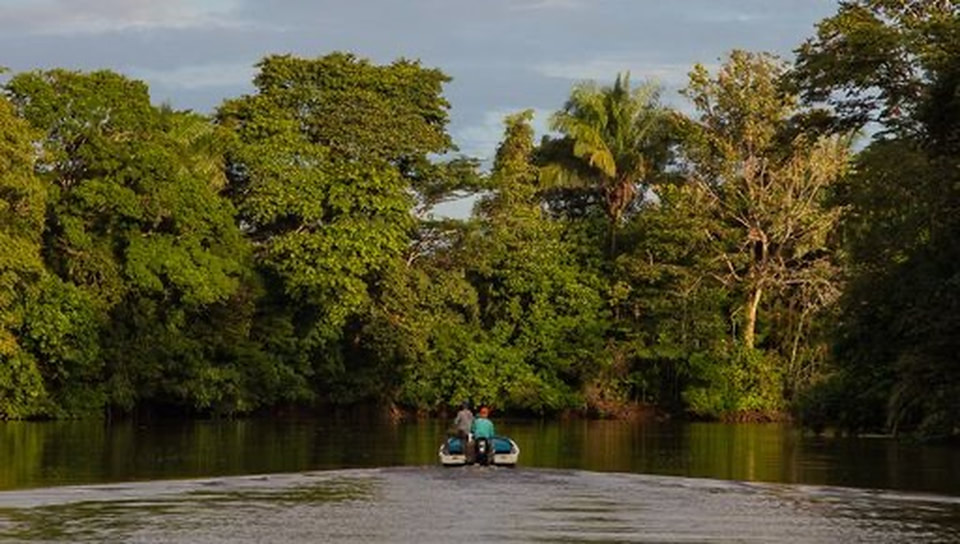 Photo: Tom Enderlin.
1. " Persistence can break barriers"
Water's highest form is vapor, so we decided to start our journey above the clouds and tree line. Descending on foot from a cluster of lofty summits known as the Cero de la Muerte, or Mountains of Death, the group flowed through various layers of changing forest. There was the páramo, the stunted cloud forest, and everyone's favorite, the beard forest. While the outing was of considerable distance and took nearly an entire day to complete, the soft mossy forest floor made for easy hiking.
Yet three-quarters of the way through our first day, we suddenly had the realization that one of our participants had never done a mountainous hike in her life, ever! Heather Higginbottham is an avid angler, hunter and outdoors-woman from Florida, but hiking at high elevation isn't a common pas-time in the Sunshine State. The miles started to take their toll, but we all came together as a team to complete this first of firsts. In the end, Heather's grit, determination, and constant smile helped her reach the valley floor. It was the first of many barriers this inspiring group would overcome.
2. " What is soft can also be powerful"
Things were going REALLY well…queue the natural disasters. The earth was rocking for the first couple days, with quakes up to 5.4 on the Richter scale. On the third day, one of Costa Rica's active volcanoes, Rincón de la Vieja, decided to spit some ash. But what really threw the entire journey a curveball was a massive tropical storm system that stalled over the country, resulting in what would be later described as a 100-year storm. Many villages around Costa Rica are built precariously close to major rivers, and the consequence of the incredible volume of water that fell in a short period of time was devastating. We witnessed firsthand that a trickling mountain stream full of rainbow trout soon can become a menacing wall of obliteration, eating everything in its path. And the reality of the situation became clear when local news posted photos of our machaca river guide using his raft to rescue people from their homes, on the day we had scheduled our float! 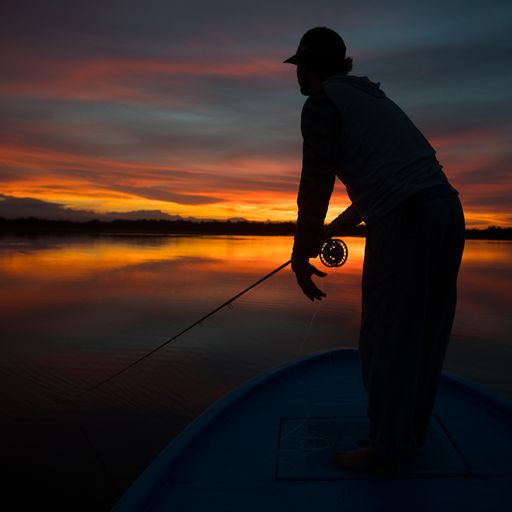 Photo: Tom Enderlin.
"We became kindred spirits around the notion that we are all lifelong travelers looking to learn, grow, and share. But
most importantly, age or background has very little correlation when two (or more) passionate people connect over something extraordinary.
3. "Change is always happening"
As luck would have it, the path of the destruction seemed to be about ​a half-day ahead of our thoughtfully planned itinerary. As villages flooded, and roads were blocked by landslides or washed away entirely, found myself in a constant state of changing the next day's plans. Trout river turned to mud; no problem, we will do an organic coffee tour. Road to the Caribbean totally blocked; ok, let's go to round about route B. Machaca river 20+ feet over normal levels; well, I guess the hot springs will have to suffice.
​4. "What you see is often your projection"
Bright-eyed and bushy-tailed. No better way to describe the small group of college-aged adventurers that signed up for this potentially life changing journey. Coming from different parts of the United States, it should come as no surprise that they had drastically different world views
as well as previous fishing experience. But what ultimately unified our team into a harmonious and caring unit was a willingness to experience new things.

As we explored special corners of Costa Rica doing things we guides had done many times before, the eyes of these sharp young people allowed us to see the world for the first time again. We became kindred spirits around the notion that we are all lifelong travelers looking to learn, grow, and share. But most importantly, age or background has very little correlation when two (or more) passionate people connect over something extraordinary.
Transformation Completed
In the end, the journey we took together had a transformative effect on each and every one of us. Mission accomplished, and we have water to thank for that. With open hearts and open minds, we all became F4C alumni, joining the ocean of previous students that have been catapulted into the world as passionate and caring fly anglers. Most importantly, water taught us many valuable lessons. Staying loose. Constantly adapting. Be strong in the face of any obstacle. And of course, never stop traveling! Pura Vida!
​Tom Enderiin, 40, Costa Rico.
Tom is the owner and manager of Fly Fishing Costa Rica where he passionately guides anglers
to some of the wildest fish you can find in Costa Rica, and the world. You can learn more at ReleaseFlyTravel.com.
Photo: Tom Enderlin